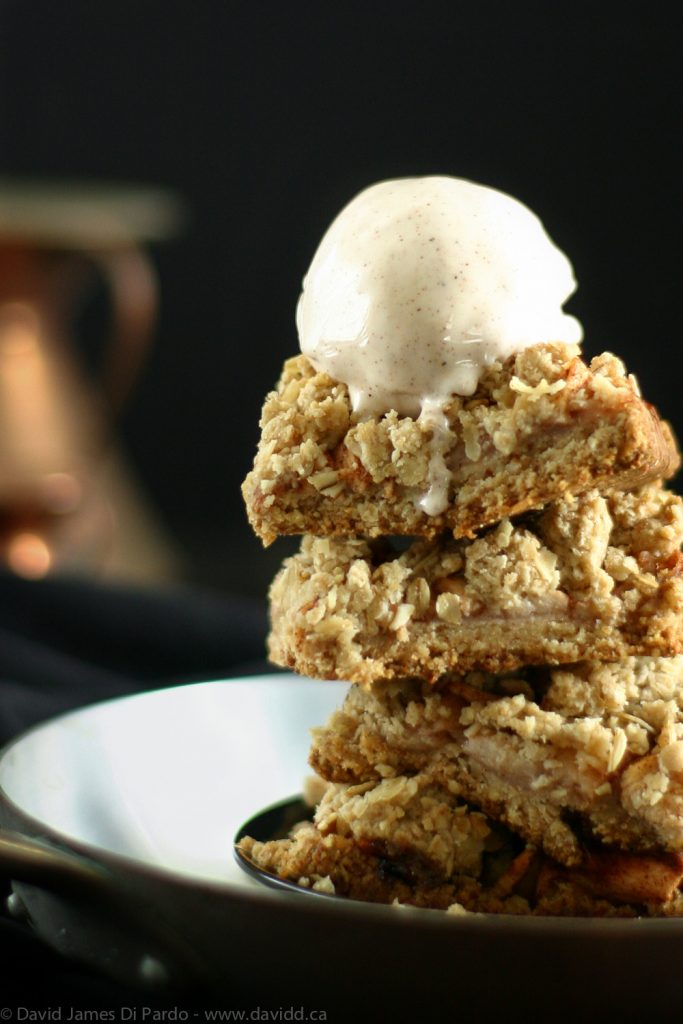 Its the end of September warriors. Can you believe it? It feels like the summer flew by in the wink of an eye. But, with summer coming to an end comes an abundance of fresh fruits and vegetables to be harvested just in time for fall baking and cooking. 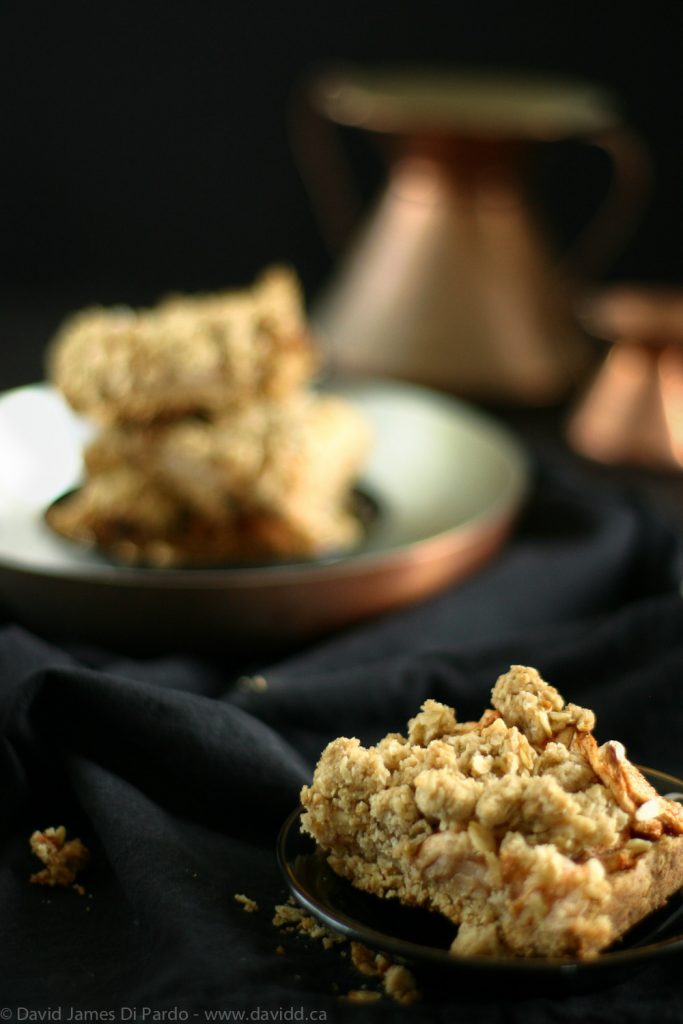 So how could I let September go by and not offer a recipe using fresh apples, which are so abundant in markets right now. Although, to be honest, this recipe is also really good with tart apples like Granny Smith, so there really isn’t any reason why you can’t make it year round. Simple ingredients, a handful of apples (5 or 6), and a food processor. Thats all you need. Most of which you probably already have on hand. Bet your didn’t know you were about an hour away from having your own homemade apple squares.

Maybe, I should leave you to it… I’m assuming you have baking to do now… 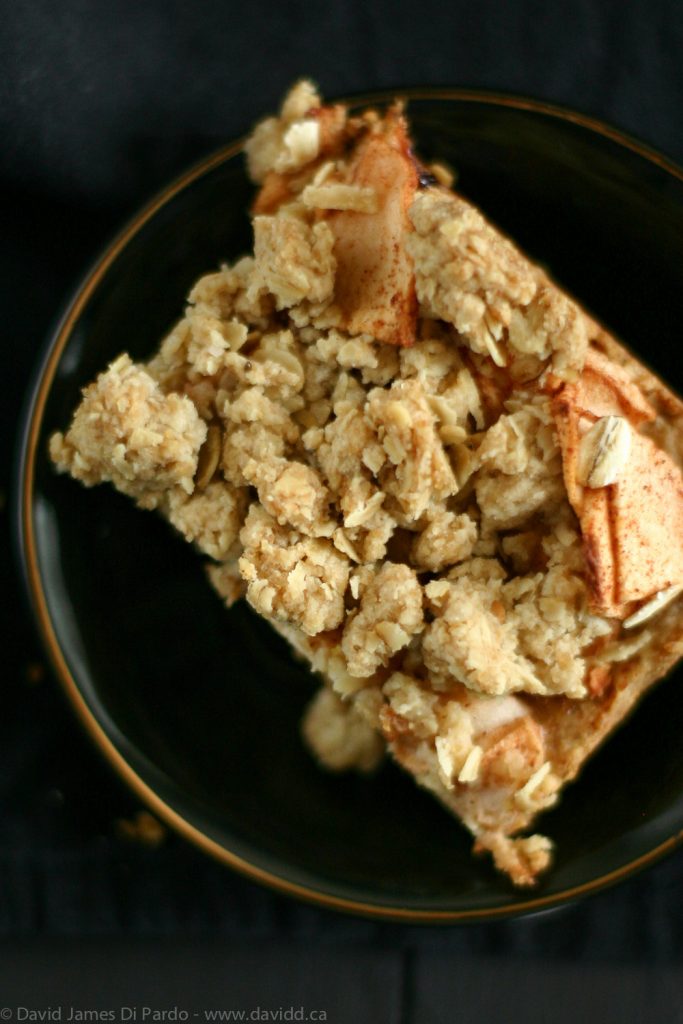 But first, can we talk ice cream? I mean, what’s apple squares (or apple pie for that matter) without a scoop of ice cream. So let’s raise the bar with this toasted cinnamon ice cream. If you’re worried it might taste like those horrible red cinnamon hearts they sell on valentine’s day, I can assure you it doesn’t! Instead, toasting the cinnamon brings out its sweetness. So instead of it being pungent, its beautifully aromatic, sweet, and creamy. You’re going to love it. Its so good… like I’ll have seconds kinda good… and thirds… and lick the spoon… (I won’t name names) 😉 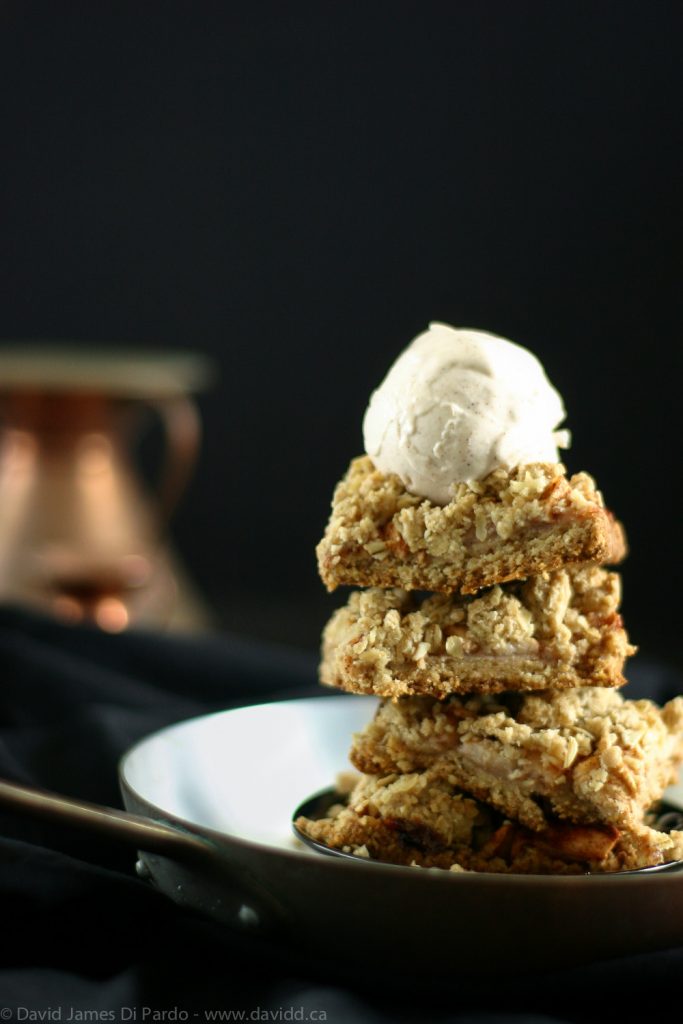 Save Print
Prep time
15 mins
Cook time
45 mins
Total time
1 hour
Vegan, Gluten-Free, Refined Sugar-Free Apple Squares. Topped with homemade, super creamy, Toasted Cinnamon Ice Cream. Its everything you would want for a fall dessert.
Author: David James Di Pardo
Recipe type: Dessert, Snacks
Cuisine: Vegan, Gluten-Free
Serves: about 18 squares
Ingredients
Base:
Filling:
Crumb Topping:
Toasted Cinnamon Ice Cream:
Instructions
Apple Squares
Toasted Cinnamon Ice Cream:
Notes
*Any type of non-dairy creamer will work, however I do recommend using either original or vanilla flavor. You can also use full fat coconut milk in the place of the non-dairy creamer, just be sure to use the canned stuff and not coconut beverage that comes in a carton.
** Most non-dairy creamers have sugar or sweetener already added to them. If using a creamer I usually use ¼ cup of sugar so the finished ice cream isn't overly sweet. If using canned coconut milk which isn't sweetened, you'll need more sugar. I recommend ½ cup, but add more if you feel it isn't sweet enough.
3.5.3226